Global Climate Change is rapidly altering the Arctic Ecosystem. In particular, the extent of sea ice cover has been decreasing (see sea ice map below). Many Arctic marine mammals rely on sea ice as a platform for important life history events. My [Micaela’s] research focused on the population ecology of sea-ice associated ringed seals. Ringed seals use sea ice as a platform for breeding, molting, and rearing pups. In order to evaluate whether rapid sea ice loss poses an extinction threat to ringed seals, in 2006, I began working on a project with Brendan P. Kelly and David Tallmon at the University of Alaska Southeast studying the circumpolar population-connectivity of ringed seals.

This work has resulted in the following two publications: 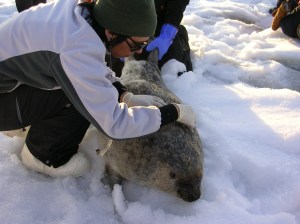 If you want to see a ringed seal in action you can check out this video of us tagging a seal in Barrow Alaska in 2008. 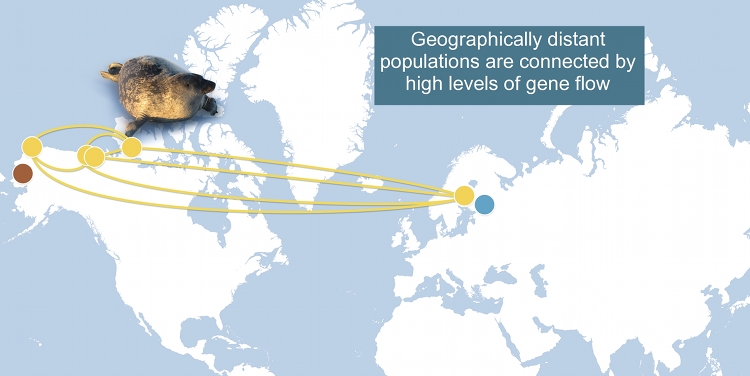